Riding out the storm this weekend? Maybe you’re huddling down with a good book or a movie? We’ve chosen some fun diversions that will also help prepare you to see our upcoming production of Medea. 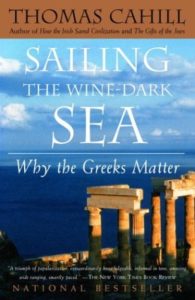 Sailing the Wine Dark Sea – Why the Greeks Matter

Thomas Cahill, author of How the Irish Saved Civilization, opens up the world of ancient Greek culture and bridges the gap between their civilization and ours. Through the use of 6 archetypes: the wanderer (Odysseus), the politician (Solon), the playwright (Sophocles, Aeschylus, Euripides), the poet (Sappho), the philosopher (the pre-Socratics, Plato, Aristotle) and the artist (Praxiteles), provide lessons in how this influential culture learned how to feel, how to rule, how to party, how to think, and how to see. 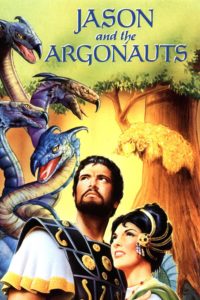 Alright…the cheese factor on this film is pretty high… but bear with me. Knowing the details of Jason’s quest for the Golden Fleece is really important to understanding the story of Medea. She helped him to get that Golden Fleece after all. With all of today’s advances in special effects, it’s actually endearing to return to a time when the fantastical was all hand created. The film is considered special effects guru Ray Harryhausen’s masterpiece, so just wait until you see the sword fight with seven skeleton warriors!

Medea is a role that actresses would give their eyeteeth to play. The National Theatre in London recently produced the play. They created a series of podcasts exploring the collaboration process on the show, the role of women in ancient Greece, and Medea’s psychological motives and condition. Of particular interest is the conversation with actress Helen McCrory (anyone a fan of Showtime’s Penny Dreadful?) who talks about her career and preparing for the role. 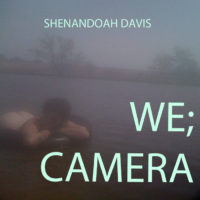 While Puttering Around the House

Local singer/songwriter Shenandoah Davis makes her debut as a composer with Medea and her 2008 album We; Camera is on Spotify. You can also listen to her other albums on BandCamp. Her melancholy folk vibe mixes with avant-garde classical. She’s working on her third album, so if you like what you hear, you’ve got something to look forward to from this talented lady.