Are we made by the company we keep? Shakespeare peels away a dark layer to expose human selfishness in a whole new light in the rarely-staged drama Timon of Athens. John Kazanjian directs the play for Seattle Shakespeare Company which runs January 9 through February 4, 2018 at the Center Theatre.

“I’m thrilled our company has the opportunity to present this play at this time,” said Artistic Director George Mount at the first rehearsal for the play. “I think there is an urgency and a need to tell this story. And, in a sense, to discover it a new.” This production will be the first time that Seattle Shakespeare Company has presented Timon of Athens.

“I’m also thrilled to have someone whose life in the theatre has been one long term discussion and conversation about how we interact in social, political, emotional, and intellectual ways,” said Mount about director John Kazanjian. “He’s going to bring to bear all of that passion, history, intelligence and artistry on this production.” 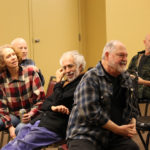 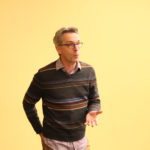 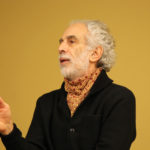 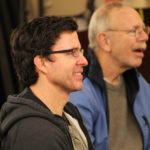 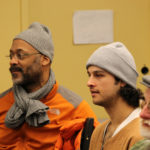 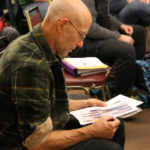 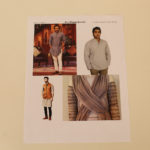 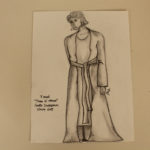 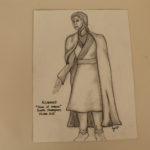 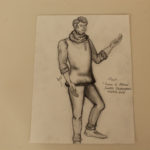 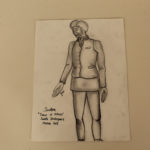 John Kazanjian and his wife Mary Ewald (who will play the title role in Timon of Athens) have run New City Theatre in Seattle for more than 30 years. The work of their company has been centered on language-based plays that engage in socio-political issues, as well as the work of form-breaking experimental playwrights. Kazanjian and the company have recently begun exploring Shakespeare’s works with productions of Hamlet and The Tempest.

“The play is about the 1%. It’s about the maldistribution of wealth,” said Kazanjian to the company at the first rehearsal. “One thematic way of looking at the play is the monetization of human relationships.”

In the play, the popular and wealthy Timon has numerous friends and gives away gifts and money freely. When the money runs out, Timon turns to friends for help. One by one they refuse, and the carefree philanthropist turns into a reclusive misanthrope who rejects all of humanity. After stumbling upon a cache of gold, Timon faces a choice: return to his previous life or choose another path.

Kazanjian said he was interested in cross-gender casting and noted that there are no female-identified characters in Timon of Athens with the exception of some whores. “I’m repulsed by the way that women are portrayed [in the play],” said Kazanjian. “It’s a man’s world, and all the power is with the men. So I wanted to turn that on its head.” In two key roles that are the most powerful characters in the play he cast Ewald as Timon and Julie Briskman as Alcibiades, an Athenian military general.

Also featured in the cast are Michael Winters as the cynical philosopher Apemantus, and Peter Crook as the loyal steward Flavius, in addition to nine other artists that comprise the ensemble.

Tickets to Timon of Athens are available now through the Seattle Shakespeare Company Box Office at 206-733-8222 as well as online.