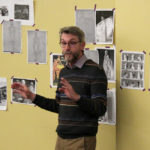 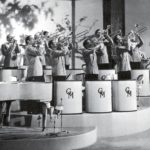 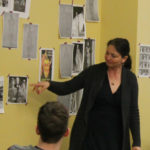 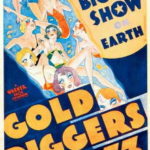 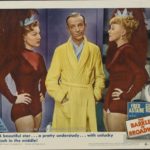 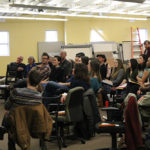 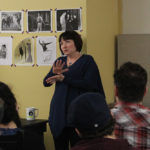 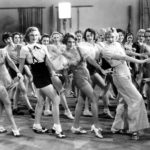 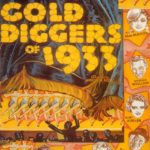 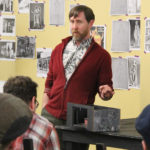 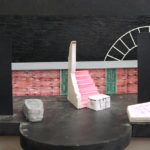 1930s movie musicals about show business serve as the muse for our final production of the 2016-2017 season – A Midsummer Night’s Dream. Artistic Director George Mount directs Shakespeare’s funniest comedy at the Cornish Playhouse which runs May 3-21, 2107.

“This production is literally 20 years in the making,” said Mount at the first rehearsal for A Midsummer Night’s Dream. “I first approached this idea for one of Wooden O’s 2nd or 3rd productions in 1997. We’re taking Shakespeare’s words and using them as lyrics for originally written melodies and creating a Shakespeare musical.”

Mount is using movies musicals of the early 1930s to mid-40s as inspiration for the production. “They’re called backstage musicals,” said Mount. “They’re movies about people on Broadway putting on plays. So we’re going to do a play, based on the movie genre, about putting on plays in which shenanigans and hijinks ensue. And since there’s such great suspension of disbelief both with Shakespeare and movie musicals, the power and magic of theatre is the spark that allows the fantastical things to happen during the course of the events.”

In A Midsummer Night’s Dream, four young lovers on the run cross paths with squabbling fairy royalty. A band of local tradespeople get mixed into the madness when one member is transformed into a donkey. The fairy Puck, who initiated the foolery, sorts it all out in time for a grand wedding and a nutty comic skit.

The show will be set inside a theatre in the early 1940s. It is a Broadway Revue house owned by “Duke” Theseus Athens known as the “Palace Woods.” The live onstage band is known as The Huntsmen. The characters in A Midsummer Night’s Dream populate the world of this fictional theatre. “Some work in the theatre as carpenters or costume stitchers, usherettes, plumbers, or stagehands,” said Mount. “Then there are the performers as well that serve as the acts. Our lovers are known as the juveniles and they’re a sort of young, ingénue singing act like Ruby Keeler and Dick Powell. And then there are the grand dames, sort of divas and divos, they are our Titania and Oberon. They’re the stars of the show. And then there are the chorus girls as well, and those are our fairies.”