From Russia with Laughs: The Government Inspector

When today’s headlines about Russia involve potential political meddling, corruption, and cover-up, it’s nice to know that some things don’t change… and that you can laugh about them. The Government Inspector is a sly confrontation of scruples in the face of “power” that was originally written in 1836 by Nikolai Gogol. Seattle Shakespeare Company presents Jeffrey Hatcher’s adaptation of The Government Inspector directed by Allison Narver October 24-November 19, 2017 at the Center Theatre at Seattle Center.

Talking to the cast and staff at the first rehearsal for The Government Inspector, Artistic Director George Mount remarked that the play is “increasingly timely…but it’s also funny as heck. It’s a relief to take all of the political stuff that’s so really deadly serious out there in the news all day and transform it into the cathartic process of laughter.” 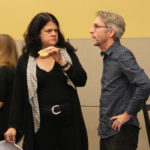 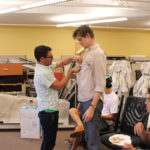 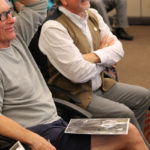 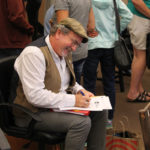 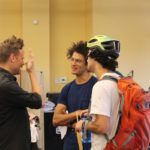 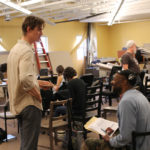 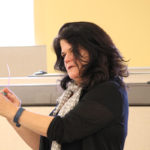 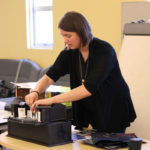 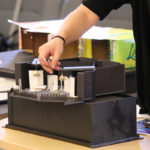 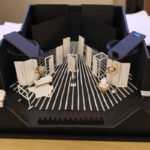 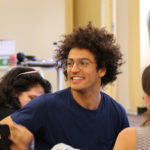 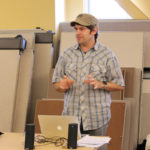 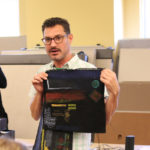 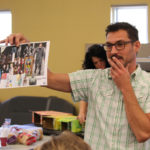 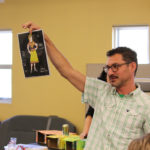 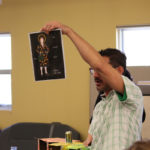 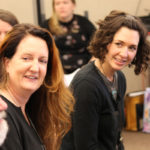 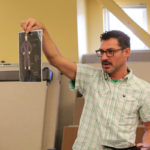 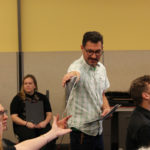 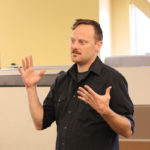 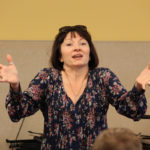 In The Government Inspector, a group of officials mistake an inventive clerk for an undercover inspector sent from St. Petersburg to root out corruption in their small Russian town. The whole village flies into a tailspin attempting avert disaster through bribery, lies, and a comic web crooked deals.

“I fell in love with this play in graduate school of all places,” said director Allison Narver who makes her Seattle Shakespeare Company debut. “It rocked my world not because it was so wacky and farcical, but rather it was so beautiful.” Narver shared with the company how Gogol created a collective image of Russian bureaucracy in which the embezzling, neglect, and petty gossip only continues to work if nobody knows it’s going on. The characters are so desperate to protect the corruption, only because it continues to benefit them.

Narver and her design team are creating a unique look to The Government Inspector that will utilize an elegant and flexible space that will emphasize action and emotion as much as location. Much of the costuming for the production will consist of painted, two-dimensional representations of clothing for the characters. “We’re taking a lot of inspiration from black velvet paintings,” said costume designer Pete Rush. “Everything is black-facing and then has lots of color emanating from it in a very gestural painterly way.”

The Government Inspector will be Seattle Shakespeare Company’s third production of an adaptation by Jeffrey Hatcher, making him the company’s second most produced playwright. Other Hatcher adaptations produced were The Turn of the Screw and A Servant of Two Masters. The play inspired the beloved comedy Inspecting Carol created at Seattle Rep in 1991 that continues to be a favorite for theatre companies across the country.

The Government Inspector features a cast of 12 actors. R. Hamilton Wright plays Khlestakov, a petty clerk who is believed to be a powerful inspector from the capitol. The character of Khlestakov was the inspiration for the character of Wayne in Inspecting Carol, a part originated by Wright at Seattle Rep. Rob Burgess plays the corrupt Mayor Anton Antonovich. Sara Waisanen plays his vain and flirtatious wife Anna Andreyevna, and Shanna Allman plays their sullen daughter Marya Antonovna. Joining them as members of the town are Susanna Burney, Brace Evans, Doug Fries, Jonelle Jordan, Kevin Kelly, Imogen Love, Arjun Pande, and Brandon J. Simmons.