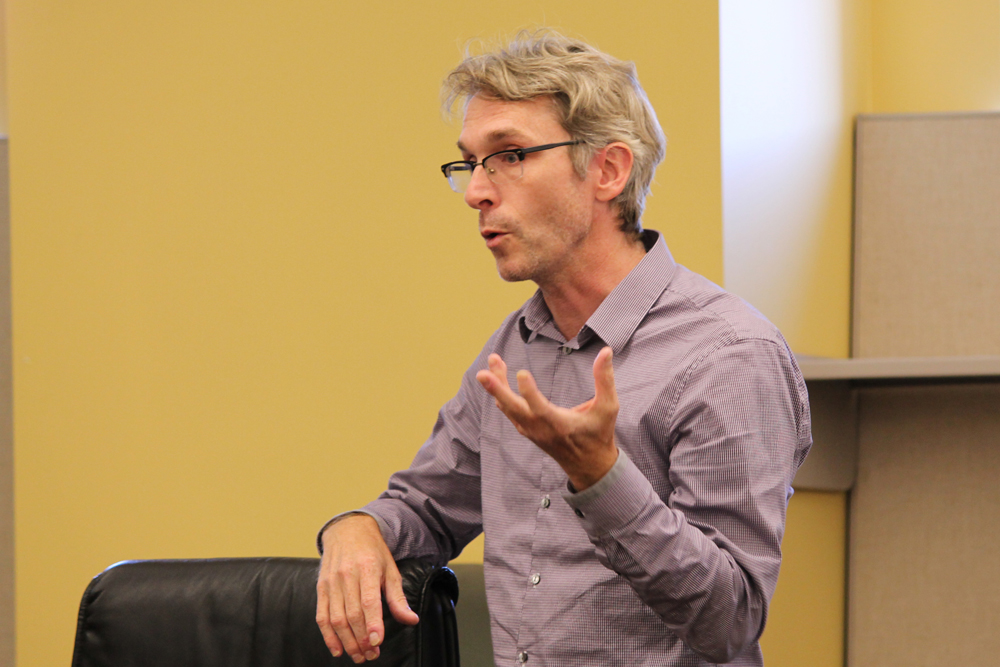 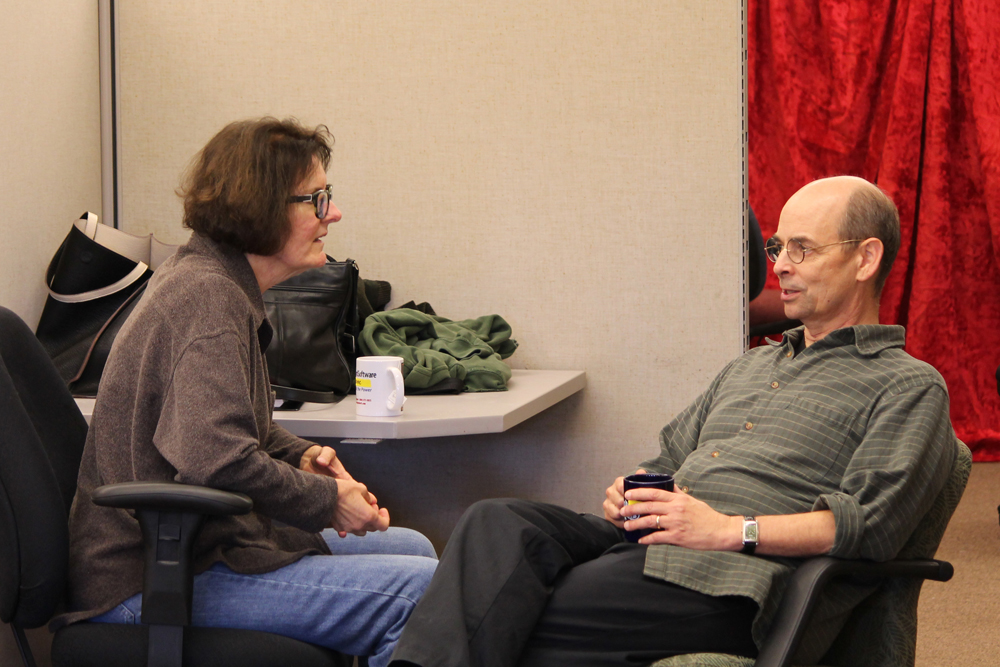 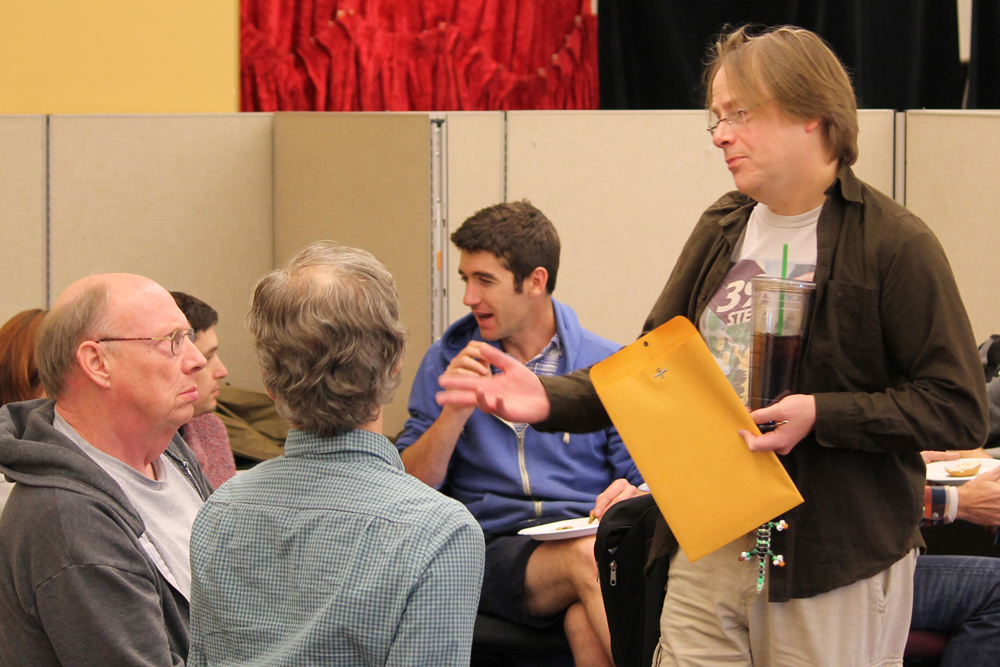 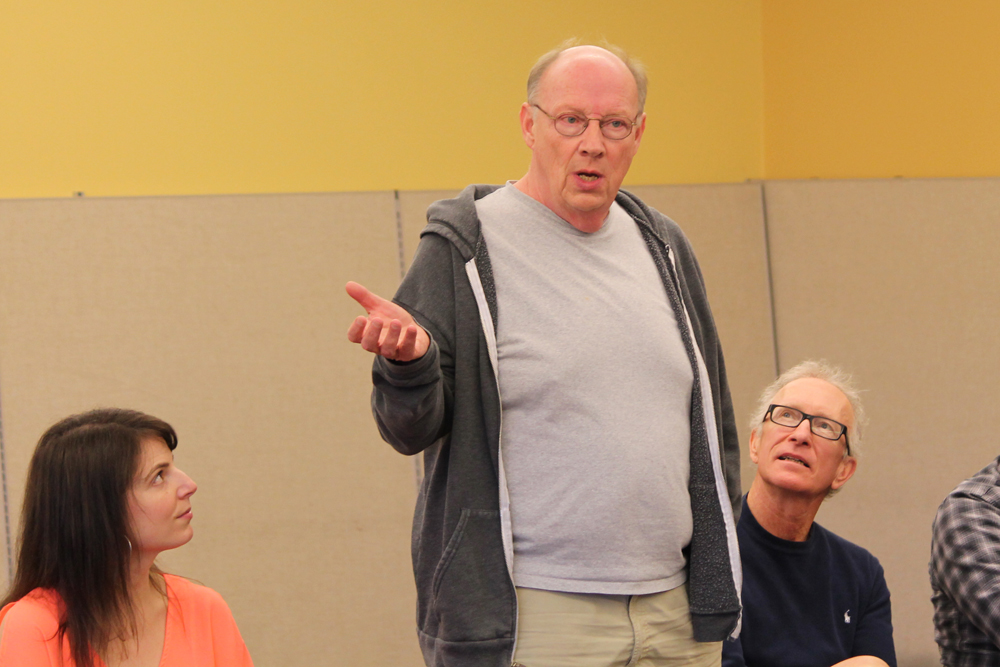 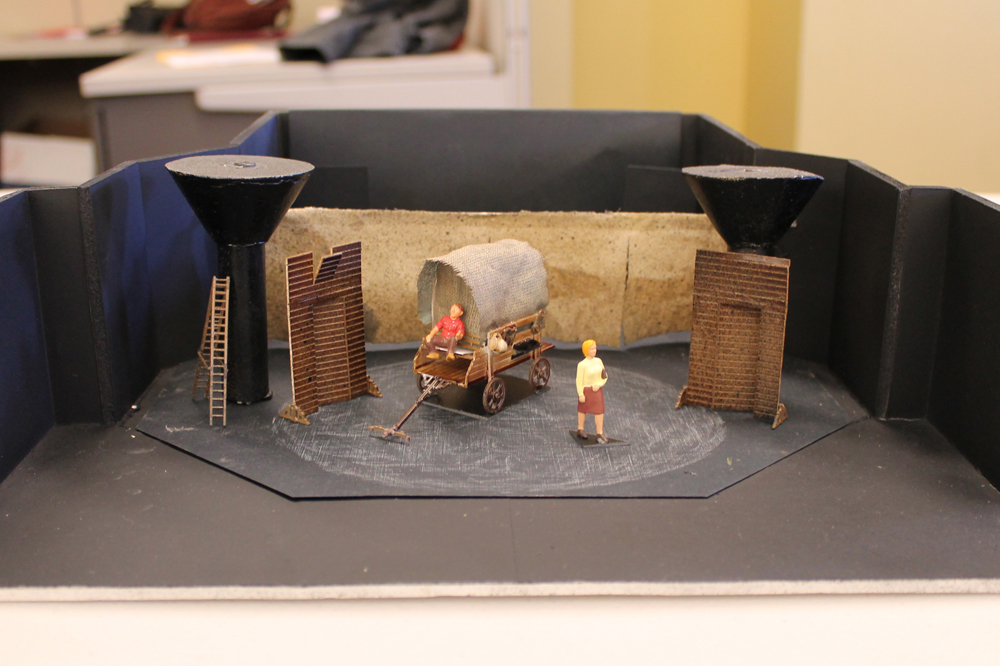 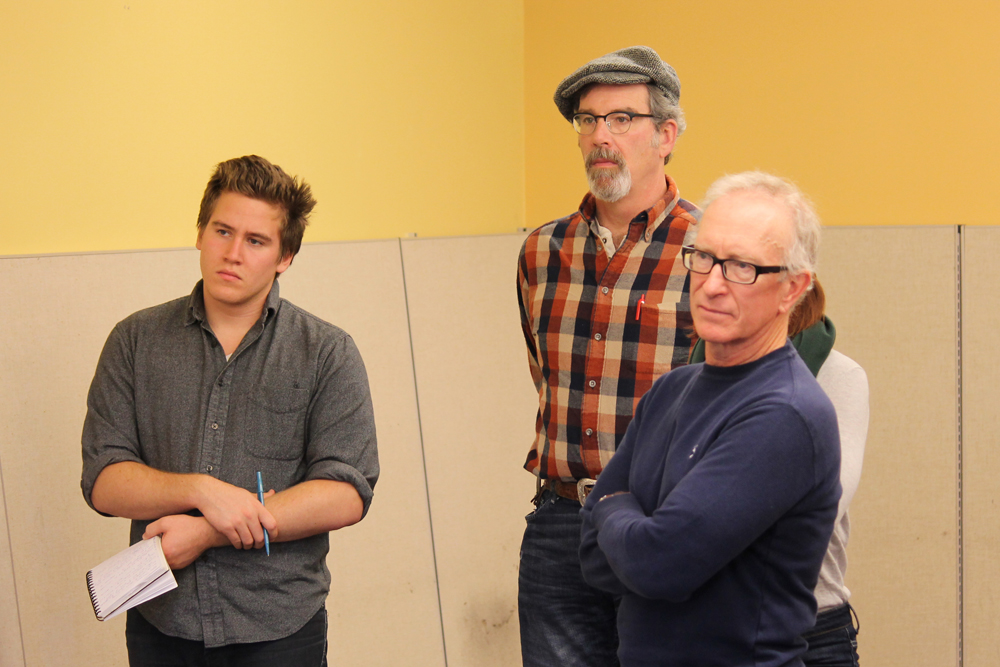 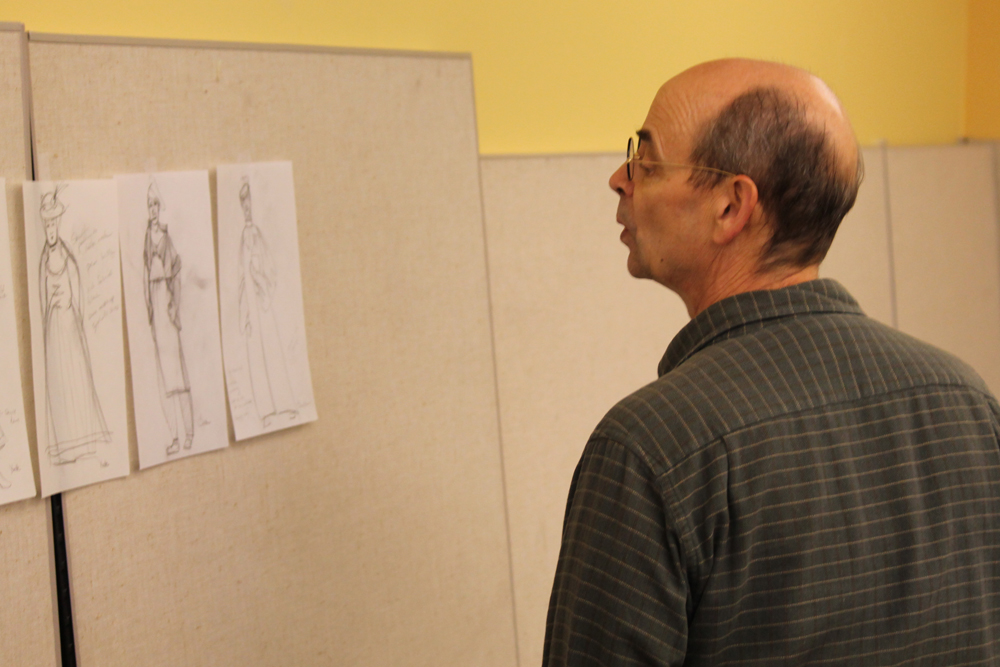 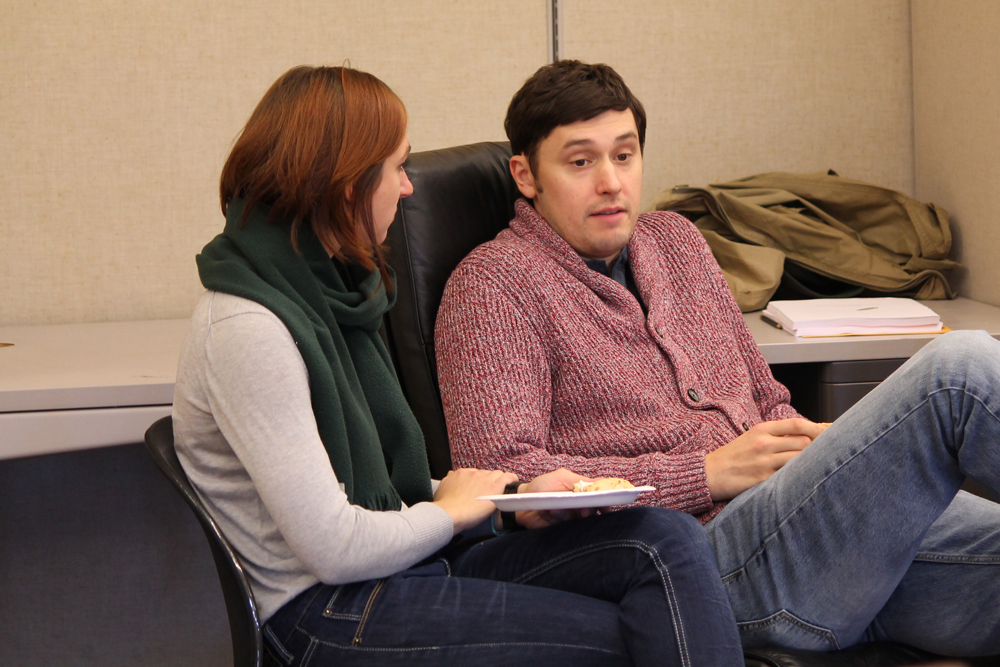 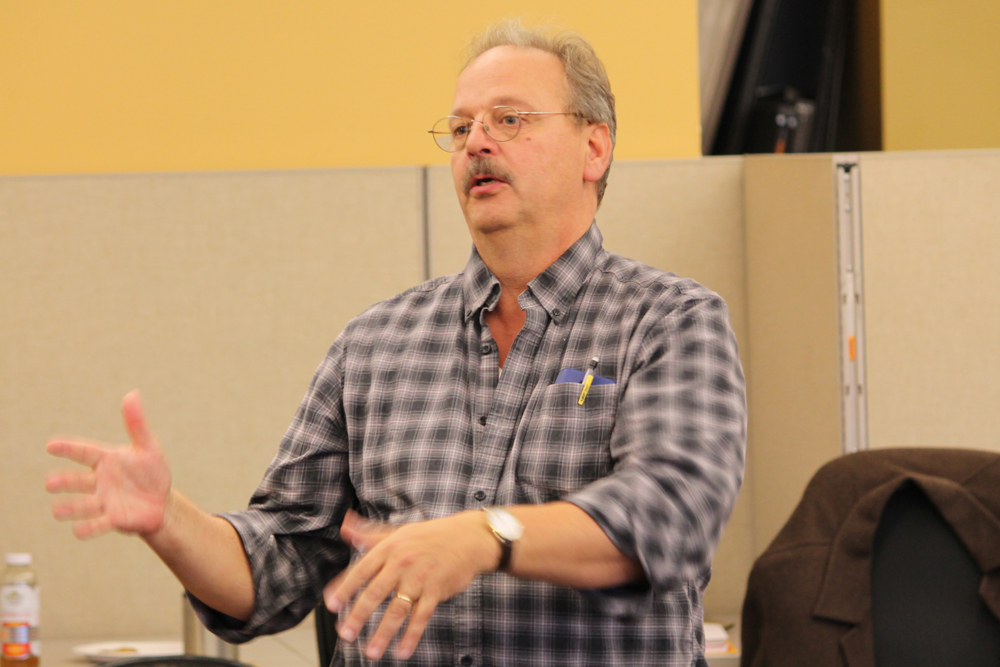 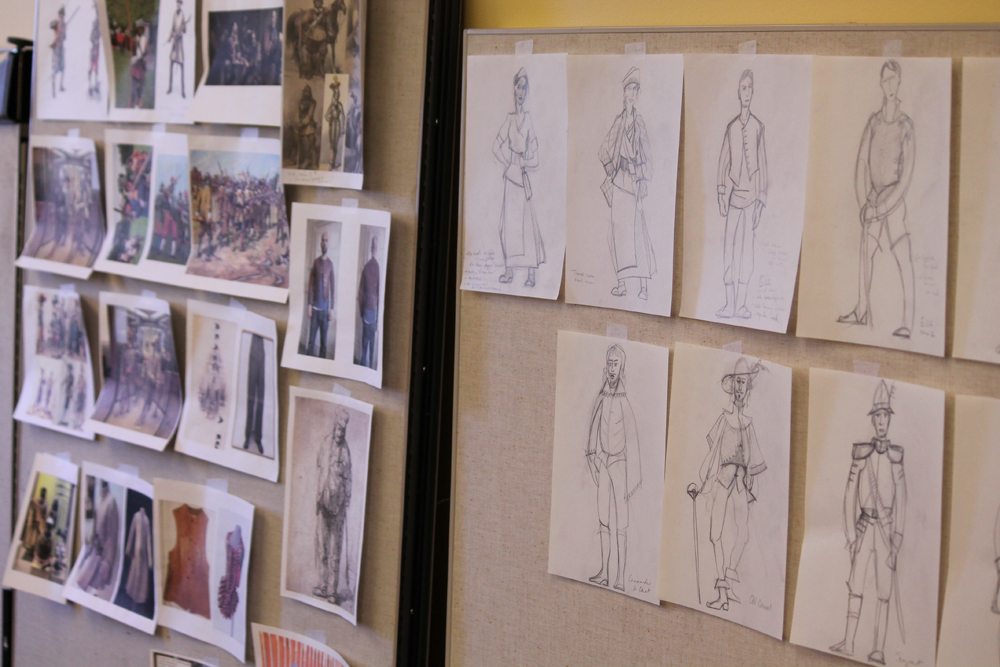 Following armies from battle to battle, one tough-as-nails matriarch is at the center of Seattle Shakespeare Company’s production of Mother Courage and Her Children. Rehearsals for the play began on September 30.

“As a result of our country’s long involvement in conflict, we are still feeling the ramifications, as a nation and populace, of living with war,” said Artistic Director George Mount at the first rehearsal for Mother Courage and Her Children. “This play does an amazingly powerful and poignant job of bringing us closer to the world of war, reminding us that it has always been with us. I wish I could say it is not worth doing, this play in 2015, but it still is.”

“As far as I’m concerned, Brecht is one of the great writers of 20th century,” said the play’s director Jeff Steitzer. “He created characters that are, in their own way, every bit as memorable as many of the characters in Shakespeare.” Mother Courage has been referred to as the female King Lear encompassing a range that runs from bar room bawdy to fierce venality. With a sly talent for survival, Anna Fierling, strives to keep her family and her business together while she follows the war from battle to battle selling here wares. But while she profits from the war, the war also exacts its price. Shot through with song and peppered with satire, Mother Courage and Her Children hard-eyed look at the war machine.

Director Jeff Steitzer returns to Seattle Shakespeare Company after having directed Pygmalion for the company in 2012. A veteran theatre artist, Steitzer has directed 180 professional stage productions and appeared on Broadway and in regional theaters across the country.

Actress Jeanne Paulsen (Pygmalion) will play the title role of Anna Fierling a.k.a. Mother Courage. Her real-life husband Larry Paulsen (Cymbeline) will play the Chaplain and R. Hamilton Wright (Tartuffe) will play Cook. In the roles of Mother Courage’s children are Trick Danneker (Othello) as Eilif, Spencer Hamp (The Comedy of Errors) as Swiss Cheese, and Chesa Greene as Kattrin. They lead a cast that totals 13 actors. This is the first time Seattle Shakespeare Company has produced Mother Courage and Her Children.

Mother Courage and Her Children runs October 27 through November 22, 2015.