Bluff Your Way Through the Play: Titus Andronicus 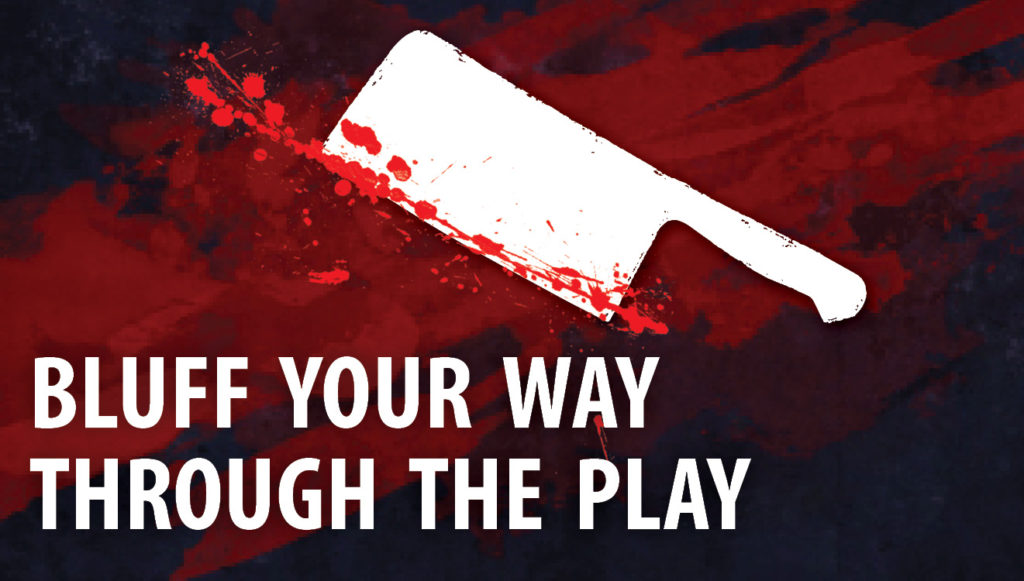 Really? His Most Popular Play?

It’s true! After its initial performance Shakespeare’s Titus Andronicus was staged again, again, and again…for years! That was unusual at the time. Then it fell out of favor with scholars and languished in the theatrical dust bin for centuries. It wasn’t until Peter Brook’s 1955 production that people took the play seriously again.

The Sons of Aaron and Daughters of Tamora

Titus Andronicus is one of Shakespeare’s earliest plays. You can see the seeds of later characters.  Aaron is like Iago and Edmund. Tamora has shades of Lady Macbeth.  Even in Titus you can see the uncompromising nature of King Lear and Othello.

Worth a Thousand Words

The first drawing of a Shakespeare play from 1595 was of a scene from Titus Andronicus. It depicts the opening scene where Tamora is pleading for her son’s life. Take note of the costuming in the scene. It’s a mixture of Roman togas and modern (for the period!) armor.  Even Shakespeare didn’t keep to a strict period in his plays!

As old as drama itself, revenge tragedies have always played well with audiences. Shakespeare’s peer playwrights had success with the genre, so he decided to cash in on the trend. It is likely that Shakespeare modeled Titus Andronicus on Thomas Kyd’s play, The Spanish Tragedy. Shakespeare elevated the revenge story into his greatest work…Hamlet.

A Million Ways to Die

Notoriously grisly, Titus Andronicus has more deaths than any other Shakespeare play.  And with that many deaths he had to get creative.  Stabbings, beheadings, hangings, mutilations, baked into pies. The litany of gruesomeness can get absurd. Is that what the Bard intended? Hmm….

If you listen closely, Shakespeare references animals in Titus Andronicus. Titus calls the city a “wilderness of tigers.” When Aaron slays the nurse who brings him his baby, he compares her to a pig. Lavinia gets compared to a doe. Shakespeare emphasized the bestial nature of the violence in the play by weaving animal imagery into the text

The emperor of Rome has died and his two sons, Saturninus and Bassianus, compete for the throne. General Titus Andronicus returns from war against the Goths with the prisoners: Queen Tamora, her three sons, and Aaron, her secret lover. He sacrifices Tamora’s eldest son, having lost 21 sons of his own in battle.

Offered the throne, Titus instead gives it to Saturninus, who promises to marry Titus’s daughter, Lavinia. She is already betrothed to Bassianus. Her brother, Mutius, protests the breaking of the engagement, and Titus kills him. Saturninus announces that he will instead marry Tamora. She plots revenge against Titus and enlists her two sons and Aaron to help.

During a hunt arranged by Titus to celebrate the royal wedding, Tamora’s sons kill Bassianus, rape Lavinia, tear out her tongue, and cut off her hands to prevent her from identifying them. Two of Titus’s sons are framed for Bassianus’s murder, and Aaron promises to spare their lives if Titus will cut off his hand and send it to the emperor. Titus does so, but his hand is returned with his sons’ severed heads. Lucius, Titus’s only surviving son, goes to seek help from the Goths.

Lavinia identifies her attackers, and Titus vows to avenge her. Tamora gives birth to a son with Aaron, who takes the baby to be reared by the Goths. He is captured by Lucius and recounts his crimes without remorse.

Titus arranges a banquet where he serves Tamora her own sons baked into a pie. Titus kills Lavinia in what he considers an act of mercy and then kills Tamora. He in turn is killed by Saturninus. Lucius returns and kills Saturninus. He is proclaimed emperor.