Bluff Your Way Through The Play: The Winter’s Tale 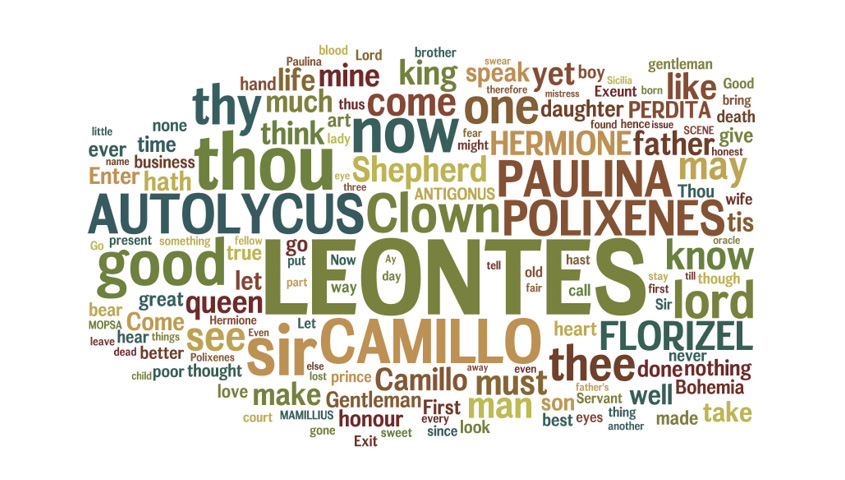 Husbands against wives. Children lost and found. Living statues and random bear attacks. The Winter’s Tale can be a confounding fairytale, but don’t worry, we’ve got your back with our handy guide.

In Jacobean slang, to call something a “winter’s tale” meant that it was something fanciful and or out of this world.

Can I Borrow That?

Shakespeare borrowed the plot and characters (but added his own flair) for The Winter’s Tale from a popular tragic novella called Pandosto.

The Winter’s Tale is among Shakespeare’s late plays called the Romances, and if you think about it, they’re all like tragedies in reverse.

In Need of A Geography Lesson

For Shakespeare, Bohemia may have been more of a state of mind than an actual place, as the real Bohemia is landlocked and has no coast.

It’s the stage direction that has challenged and baffled stage directors of The Winter’s Tale for centuries…Exit, pursued by a Bear. What?!?

What’s in a name?

Did you know that the name of character Perdita in The Winter’s Tale means “the lost one.”

And in Second Place…

The Winter’s Tale has the second longest scene in all of Shakespeare’s plays (Act IV, scene iv). Love’s Labour’s Lost wins for the longest.

It’s Greek to Me

Maybe because it was familiar to audiences, Greek mythology plays a big role in The Winter’s Tale from character names to Delphic oracles.

Shakespeare leaps 16 years between Act 3 & 4 in The Winter’s Tale. That’s the biggest passage of time in any of his plays!

The Circle Goes ‘Round

Seasonal cycles are mentioned at the start of The Winter’s Tale, then the theme is carried on with summer festivals and the return to court.