Bluff Your Way Through the Play: The Merry Wives of Windsor 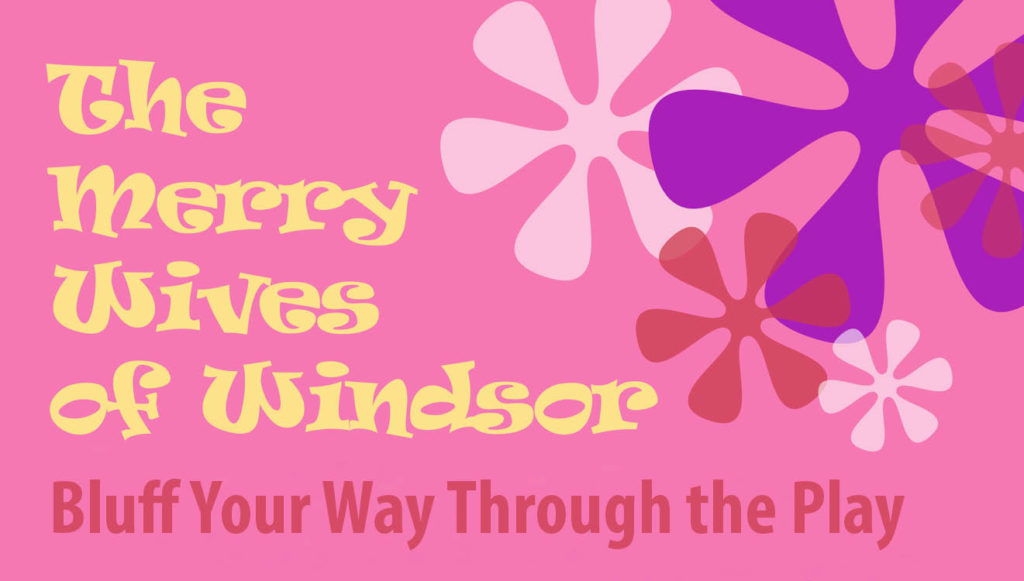 With a plot that’s easy to follow and a gallery of broad humorous characters, The Merry Wives of Windsor is an audience favorite. Don’t know it? Don’t worry, you’re in for a treat! Want to know a bit more about the play? Then we’re here to help shine a light on this popular comedy of small town mischief.

While Shakespeare drew upon many sources to create the plots for his plays, The Merry Wives of Windsor is wholly original. When play usually dealt with aristocratic life or heroic figures, it was practically unheard of to create a comedy about the hijinks of the suburban middle class.

What Bess Wants, Bess Gets.

Legend has it that Queen Elizabeth so enjoyed the character of Sir John Falstaff in the Henry IV part 2 that she wanted to see more of him, perhaps in a comedy about love. Merry Wives was his unique response to “continue the story, with Sir John in it.”

The Here and Now

While Shakespeare set most of his comedies in far off lands or magical places, The Merry Wives of Windsor is Shakespeare’s only play that is set in his own era: England in the 1590s.

I Get Knocked Down…But I Get Up Again

The star of the play is Falstaff, and much of the comedic action stems from his shenanigans and the chaos he creates in this tidy, quiet town. He bounces back from failure with unflagging optimism, and his wit shines through while other characters mangle language with malapropisms and mispronunciations.

Better on the Stage than the Page

With its sight gags, outrageous accents, and bawdy malapropisms, The Merry Wives of Windsor is one of those plays that works better in performance than when reading it on the page.

While a few characters like Bardolph, Nim, and Pistol carryover from Henry IV parts 1 & 2 and Henry V with their memory intact of who Falstaff is, Mistress Quickly seems to be suffering from amnesia. In Henry IV part 2 she was desperate to marry Sir John, but in The Merry Wives of Windsor it’s like she doesn’t even recognize him.

Although unsubstantiated, legend has it that it took Shakespeare only 14 days to write The Merry Wives of Windsor.

Toward the end of The Merry Wives of Windsor there’s a reference to a local legend of Herne the Hunter. Supposedly he’s now a ghost who haunts the forest near an oak tree where he was found dead with deer horns on his head.

Who Runs the World? Girls

Women had it pretty tough in Elizabethan England. Once married, a woman became the property of her husband. If she disobeyed him, she could be reprimanded by law. That’s why it was kind of revolutionary that Shakespeare created The Merry Wives of Windsor, a play about wives asserting their control over the town and men in their lives.