Bluff Your Way Through the Play: The Merchant of Venice 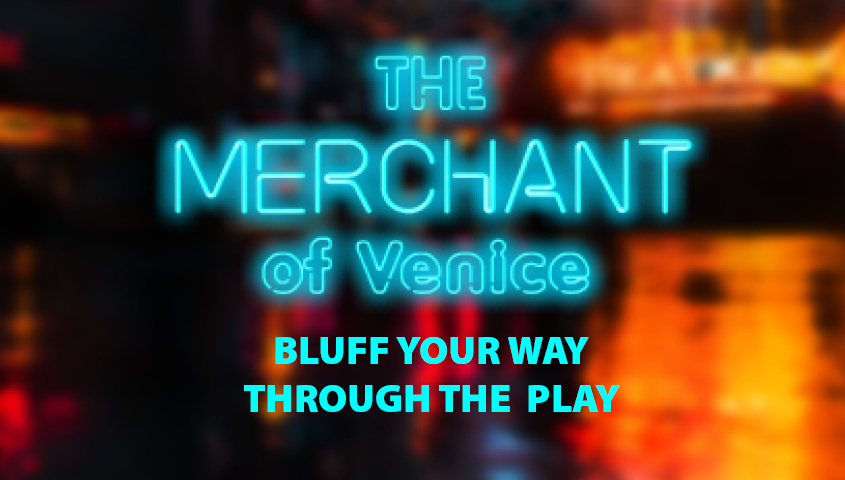 We’re brushing up on our Shakespeare trivia to prepare for The Merchant of Venice. We’ve collected some facts for you to astound your friends and impress your theatre-going companions with.

The opening scenes of The Merchant of Venice a line gives us a clue as to when the play was written. “And see my wealthy Andrew dock’d in sand” likely refers to the actual galleon San Andres (St. Andrew) that was commandeered by the English in the summer of 1596.

When The Merchant of Venice was first staged for King James I, he enjoyed it so much he asked for it to be staged again just two days later. It was the only play he asked to see twice.

Usually the highest ranking character speaks the last lines in a Shakespeare play. What does it say about Gratiano who gets the last word in The Merchant of Venice! Hmm….

Borrowing Here and There

In The Merchant of Venice, Shakespeare combines plot elements from two folktales: a flesh-bond and the story of three caskets. He also may have been inspired to create a more nuanced and sympathetic Jewish character after seeing Marlowe’s The Jew of Malta.

There Oughta Be a Law

When Shakespeare was growing up, it was illegal to lend money at interest.

Merchant, Merchant, Who is the Merchant?

Contrary to popular belief, the “merchant” in The Merchant of Venice isn’t Shylock. It’s really Antonio. The misunderstanding comes from how Shylock’s presence dominates the action.

The play when entered into the Register of the Stationer’s Company in 1598 was listed two ways: The Merchant of Venice was the familiar title and The Jew of Venice as an alternative title.

The terms “alien” and “stranger” meant the same thing during the period when The Merchant of Venice was written. Notice how several characters through the course of the play might be considered “outsiders” and why.

How Much Is a Pound of Flesh Worth?

According to a recent article in Wired magazine, a body could be worth up to $45 million — calculated by selling the bone marrow, DNA, lungs, kidneys, heart … as components.

Hope He Remembered to Leave a Tip

Bassanio borrows 3,000 ducats from Shylock to woo Portia. So, just how much are 3,000 ducats worth today? Turns out it’s roughly $530,000! Wow, that a lot of coin for just one date with a Belmont heiress.