Bluff Your Way Through the Play: Shakespeare In Love 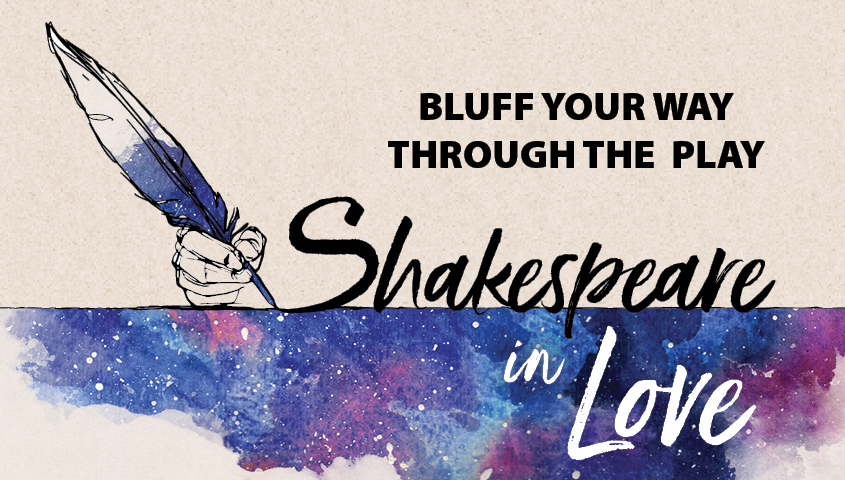 You may be familiar with the film, but there was a lot going on in Elizabethan England that plays a part in the story of Shakespeare in Love. Learn about the actual individuals and history behind this fictional romance.

The character of Viola De Lesseps takes her name from Shakespeare’s great cross-dressing heroine Viola from Twelfth Night. Both characters disguise themselves as men in order to pursue their goals.

When Viola De Lesseps disguises herself as a man, she assumes the name of Thomas Kent. The character of Kent, in King Lear, has to disguise himself as a commoner in order to secretly serve the king.

Well, if it weren’t for the plague…

In early 1590s, outbreaks of the plague caused theatres to get shut down. Tightly packed spaces were a danger to public health. It’s the reason why actors like Ned Alleyn and his company were out performing in the provinces and why Henslowe has to cast tradesmen for Will’s play.

Can you think of another play within a play that has common folk like tailors and tinkers and bellows menders and weavers performing? A Midsummer Night’s Dream, perhaps?

Why Plays Were a Hot Commodity

As soon as theatre companies settled into a playhouse instead of touring, the demand for plays rose exponentially. To maintain an audience week in and week out required variety. Records from the time showed that plays were rarely performed twice in one week, and at one time there were 23 plays being performed in repertory.

The pressure for new plays put a huge demand on playwrights. So much so that playwrights would have several in development at the same time. They’d write in alone or collaborate with other playwrights to churn out the work. As many five authors might work on one script.

And You Wonder How They Remembered All Those Lines

Elizabethan acting troupes had a heavy work load. During a 31 month period the Admiral’s men performed 63 different plays in 568 performances. 44 of them were new plays! They put up a new play about once every three weeks.

Young John Webster in Shakespeare in Love grows up to be the author of two very bloody and violent melodramas: The White Devil and The Duchess of Malfi.

A Man of Mystery

A revered playwright known for penning Doctor Faustus and Tamburlaine the Great, there’s much speculation about the life of Christopher “Kit” Marlowe. Some say he was a secret agent for Queen Elizabeth I. He was accused of being a heretic for pointing out inconsistencies in the bible. Stabbed at age 29, even his death is shrouded in mystery…could it be because of his shady past?

A Star is Born

Considered the first great actor of English theatre, Richard Burbage founded the first theatre and was a member of Shakespeare’s company. Of the approximately twenty leading roles available in plays produced during his career, Burbage performed thirteen of them.