Bluff Your Way Through the Play: Romeo and Juliet 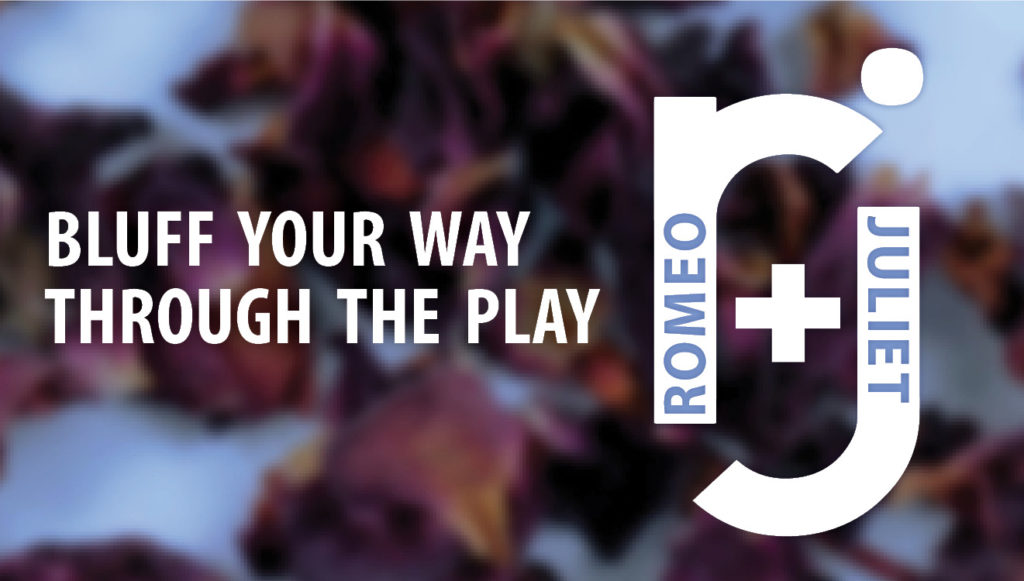 Do you know when Juliet’s birthday is? How about the name of Mercutio’s brother? Oh, and shhh, but we’ve got a secret about that famous balcony. Nerd out with our handy guide to Romeo and Juliet.

You may know the story (or think you do), but do you know where it came from? Shakespeare “borrowed” much of the story for Romeo and Juliet from Arthur Brook’s 1562 poem The Tragical History of Romeus and Juliet. He didn’t just use the poem for the story of the star-crossed lovers; The Two Gentlemen of Verona also borrows from it as well.

A character that Shakespeare created wholly on his own is Mercutio. He is one of Shakespeare’s most obscene characters full of bawdy puns and spouting double entendres. Mercutio’s Queen Mab speech is a soaring sexual fantasy that descends into nightmarish images of rape and pregnancy. With his detached, cynical stance, Mercutio in some ways gives us an early glimpse at one of Shakespeare’s other great creations…Hamlet.

If your heart is racing by the end of the play, there’s good reason. The entire action of play takes place over less than four days. Romeo meets Juliet on a Sunday evening at the Capulet party, and by Monday afternoon they are married (less than 24 hours!). By Thursday morning, both lovers are dead. Listen during the play for all the references to time and timing, and what the characters have to say about it.

For the first third of the play, it’s almost like we’re watching a romantic comedy (thwarted love is a standard comedy device). Do you know when things change? The moment turns on the street fight where Tybalt kills Mercutio and then Romeo slays Tybalt. The heat of that moment, which Romeo initially tries to avoid, fuels the fire for the swift events that race to the fatal ending.

Listen for Shakespeare’s use of paired opposites in Romeo and Juliet. The tension in the play mirrors the pull and push of words that he uses like “brawling love” or “my only love sprung from my only hate.”

There aren’t that many Shakespeare characters that we know the exact age of…except Juliet. The Nurse states it outright before we really even meet Juliet. “Come Lammas Eve at night shall she be fourteen.” Lammas is the day of wheat harvest festival and is celebrated on August 1 by baking bread from the new crop.

That famous balcony. Yeah, it isn’t actually in the script. Shakespeare doesn’t mention it. It’s likely that the playwright Thomas Otway added the balcony in his staging of the play 80 years after Shakespeare’s death and it kinda stuck. Shakespeare actually has Juliet at a window overlooking an orchard.

A Little Something for the Real Nerds

Did you know that Mercutio has a brother named Valentine? Romeo initially pines away for a girl named Rosaline…who is Juliet’s cousin (and also a Capulet)! They’re on the party list for Capulet’s feast that Romeo reads in scene II. Can’t help but wonder how things might have turns out differently if Romeo and had hooked up with Rosaline instead.

Romeo and Juliet is packed with phrases that you’ve probably heard before: