Bluff Your Way Through the Play: Medea 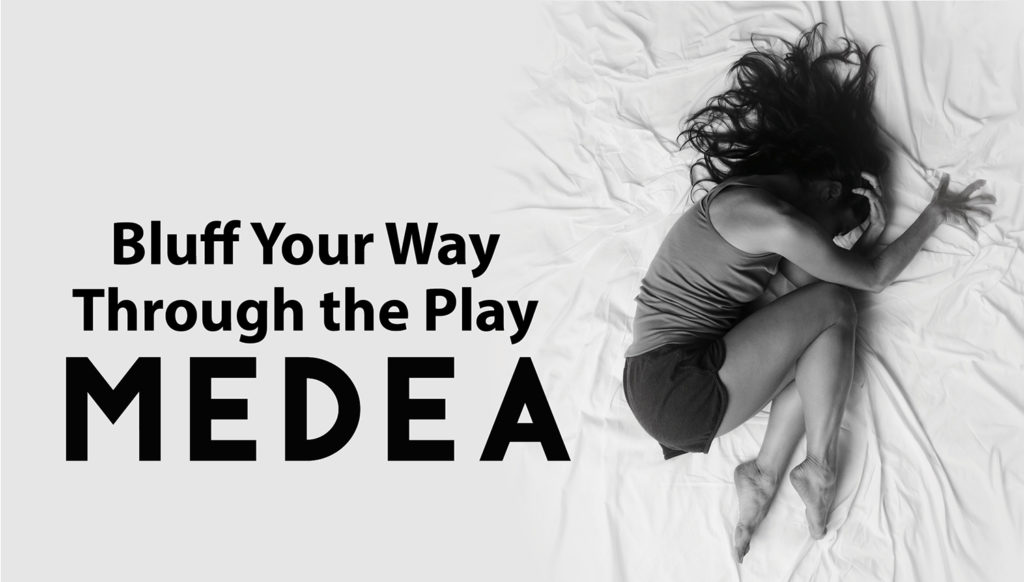 Is it all Greek to you? Don’t worry, we’ve got your back. Here’s a little bit of Medea’s history and backstory to help you navigate through this ancient, but fascinating story.

Not only a princess, Medea was the grand-daughter of the Sun God Helios and the niece of the witch Circe. She gave up her family and homeland for her beloved Jason and used her magical powers to help him and the Argonauts on their quest.

Medea’s homeland, Colchis, is an island Kingdom in the Black Sea, which the Greeks considered the edge of the earth and to barbarians and fantastical creatures.

Ever hear the story of Jason and the Golden Fleece? Yeah, this Jason is the very same one, and he wouldn’t have gotten that Golden Fleece without Medea’s help. He owes her a solid.

But Did She Really Want To

According to the myth, it was the goddesses Hera and Aphrodite that conspired to help Jason get that fleece. They convinced Eros to shoot Medea with a love arrow so that she had no choice but to fall in love with Jason.

The events of play take place nearly 10 years after Jason and Medea wrapped up their wild, high seas adventures with the Argonauts.

Did you know this about Greek drama? Tragedies almost always deal with stories from a mythic past, while comedies drew their plots and situations from contemporary figures and problems.

Who was Medea’s second husband after Jason? Her buddy Aegeus, the King of Athens, who offered to give her protection when she was at her lowest.

Watchers at the Edge

The Chorus in Greek drama is physically separated from the main events, but always within hearing distance of the central characters. They comment and interpret the actions, but don’t intervene or interact.

He Was a Bit of a Loner

Euripides is said to have written his plays in a ten-chambered cave now known as the Cave of Euripides.

One of the three major Greek tragedians that included Sophocles and Aeschylus, Euripides was known for creating fully developed female characters and for plays that centered on internal psychological conflict rather than on destiny driven dramas.