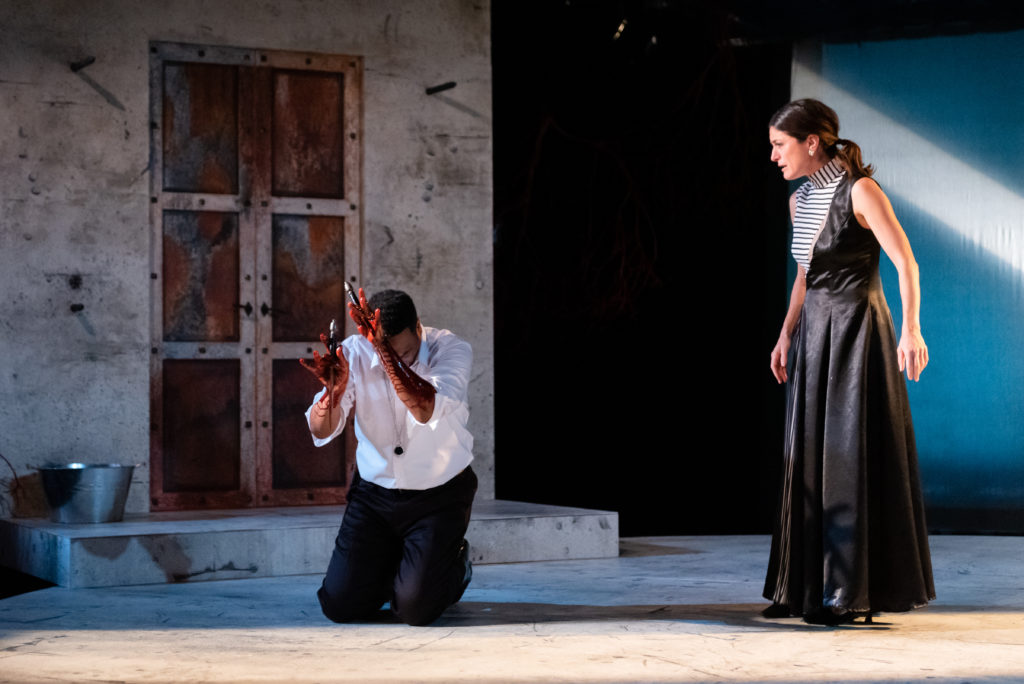 What do we risk when we grapple with our own humanity, when we put our morals down as the stake for our ambition?

Our production has a very personal angle on this question, with the roots of the Macbeth’s motivation tied to their relationship. And so, Associate Artistic Director Makaela Milburn sat down with Actor Alexandra Tavares to talk a bit about how she has built an understanding of how to move through this story, in which Lady Macbeth is willing to commit murder in order to support her partner.

MM: There is a moment in this story, when Lady Macbeth receives a letter from her husband about what the witches have prophesied for him, where she makes a deal with a supernatural power.

“Come, you spirits
That tend on mortal thoughts, unsex me here,
And fill me from the crown to the toe top-full
Of direst cruelty.”

We hear her, seemingly literally, trade away her feminine identity and her humanity for cruelty, the power to follow through with this plan. How is it that she is ready to make this choice?

AT: For me it is about their loss. I think that they had several miscarriages and lost a child, and I think that at the beginning of the play they are in a space where she is entering a depression.

So I think they are unsettled.. within themselves. They love each other, but it is within a very unsettled space. A space where they don’t have closure, and they have never explicitly talked about what they have been through collectively– and she loves Macbeth. That is who she has. She is completely isolated other than him.

So when she receives that letter from Macbeth talking about this prophecy, she is ripe– forgive the term– she is ripe for the planting. She is angry at whatever being is up there, God, or whatever. And when she says “cut off my breasts, get rid of my womanliness”, it’s a real thing for her. She is really angry.

MM: I hear you stacking up an incredible human moment, because into this space of loss and isolation comes this prophecy: a promise.

AT: And this gives her hope. It gives her legacy, it gives her a place within this castle that they are in. It is magic, it is promised it’s future. It’s envisioning maybe for the first time in a while a future. And that is a powerful thing. In the script there is no mention of friends, no mention of her existing outside of this relationship with Macbeth. It is her and Macbeth, that is all she has.

MM: And does that mean that anything they choose to do, then, is okay for her? Because they are talking about overthrowing, murdering, the leader of their country, with their own hands.

AT: I think that is a conversation that has come up previously. It has been pillow talk. He has brought it up. That is supported in the text, she says “Nor time nor place did then adhere, and yet you would make both.” So I think that it is his idea. She knows him so well that when he sends that letter, she is in a place where she is ready to give over her humanity for him. When he says Duncan is coming here tonight, she reads him, and she says “Okay. I’m gonna give you this. Because you don’t necessarily have the will to follow through with this, so I am gonna give you that will.” That is what SHE does.

MM: In terms of the performance, in terms of going there– is that a dangerous place, a dark place to go every night?

I don’t feel like it is a dark place to go. I mean, I feel like the actions are led with love. And when you love somebody, and you are dealing with trauma, sometimes you will go to dark places. And I think that it is not difficult because of the foundation of what that relationship is. And she doesn’t think about the consequences – this helps the actor to play this– she doesnt think about the consequences in the first bit. It is all action for her. Macbeth is all consequences at first and she is all action. Until it shifts. The consequences physically manifest in her skin.

Things start to change the moment she touches Duncan’s blood. I think Duncan’s blood is cursed. I mean real cursed. The minute that it touches the skin it changes you profoundly and fundamentally, in ways that seep in slowly. After that moment–from the deed that they can’t name– they begin to draw apart.

MM: That sounds like a chilling journey to go on. What keeps it from just being a horror story?

AT: Ultimately, I think that their relationship is about love and they are reaching for each other in the wrong ways. Underneath all that is trauma and loss, which is never made explicit between them. And they start keeping secrets from each other– that grows and manifests and corrupts. 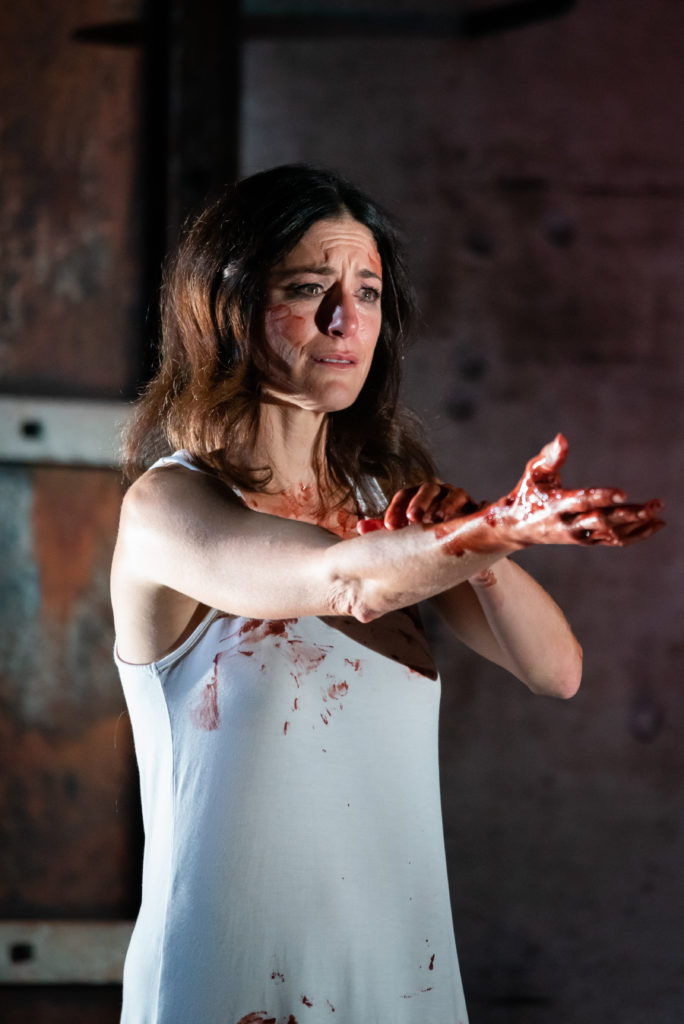