A wheeler-dealer charlatan has taken control of the country… and everybody underestimated him. Seattle Shakespeare Company launches its 2018-2019 season with a masterclass in political intrigue, Shakespeare’s Richard III. The production is a collaboration with upstart crow collective, and features an all-female acting company. Richard III will be directed by Rosa Joshi, and previews September 12 and 13, opens September 14, and runs through October 7 at the Leo K. Theatre.

“Bring Down the House was such a monumental event and a thrill to watch unfold,” said Seattle Shakespeare Company Artistic Director George Mount. “Each part was gripping, edge-of-your-seat theatre that just left you wanting more. There was such momentum and drive in the telling of it that left us with an almost cliffhanger ending as Sarah Harlett’s Richard begins his ascension. How could we not keep the story going with this incredibly talented team? I’m excited to partner with upstart crow again to bring this story to its inevitable conclusion.” 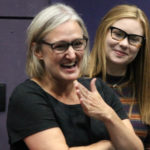 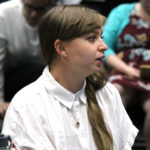 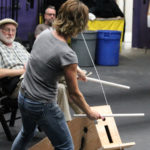 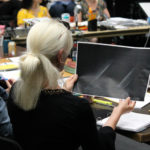 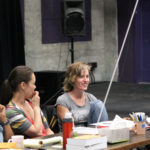 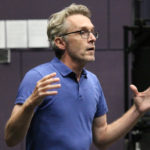 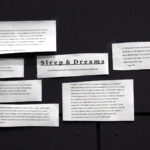 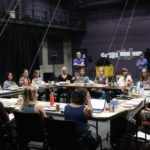 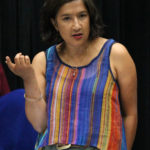 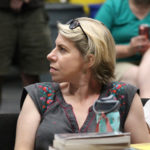 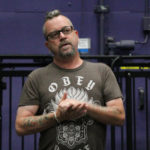 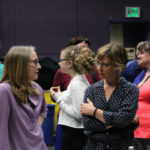 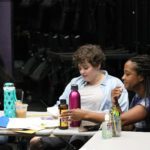 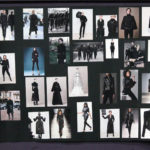 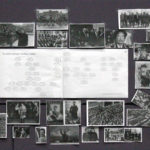 Richard III is the continuation of the story of the rise of the York family dynasty told in the company’s 2017 epic two-part production of Bring Down the House (Henry VI trilogy). Richard is the last son of the royal York family, and he is as charming as he is cunning. Through scheming and seducing (and a few murders along the way), Richard secures the crown for himself…but can he hold it? Attempting to thwart his ill-gotten rise to power are some potent women who envision hope for their country in a new generation of leaders.

“With Bring Down the House, one of the things that I was really interested in was this very deep factionalism and the political infighting that led to this epic civil war,” said director Rosa Joshi. “That chaos created this vacuum and a fertile breeding ground for the rise of a despot. As we move the next chapter, we’re in a time of peace. The civil war is over, but the scheming and the politics continue. Now we get to watch Richard, that nascent, dangerous, despot-in-training from the Henry VI plays manipulate, lie, charm, deceive, and bully his way into power.”

One of the questions Joshi and the company plan to explore in Richard III is “How do the people around Richard the Third enable the rise of the dictator?” Joshi remarked that the people around Richard support and enable his rise. “Is it out of sycophancy? Out of desperation? Out of greed? Out of fear? They know what’s going on, and I think that’s really crucial to the story telling.”

The design team for Richard III will create a controlled, piercing, and dangerous world peopled with characters in sleek, black costumes on a set that also serves as a musical sound stage to punctuate the action of the play. While it may be a dark and harsh world, “it’s also a rip roaring wild ride,” said Joshi. “Filled with intrigue, filled with suspense and a central character that is as charming as he is hideous.”