8 Reasons Why Antony and Cleopatra Rocks 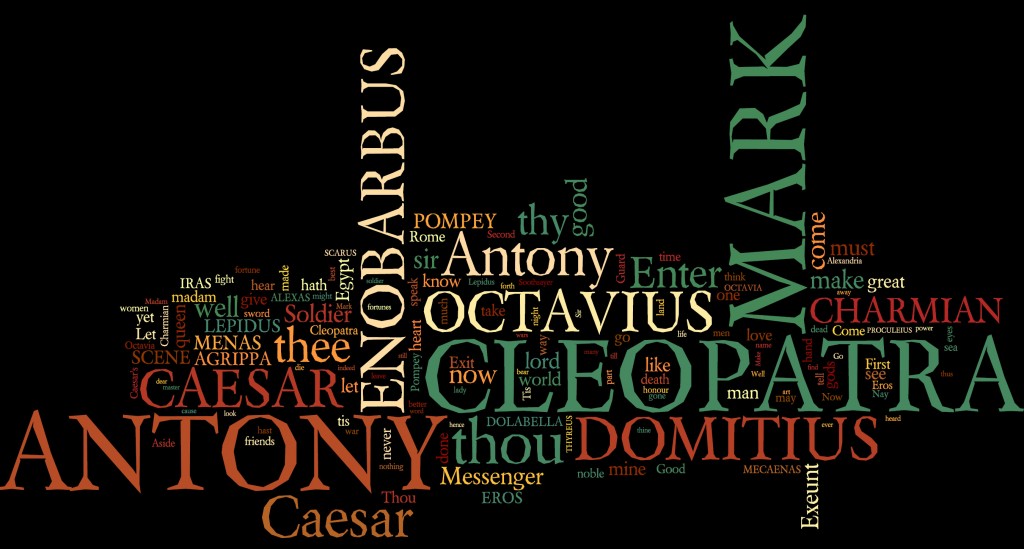 Can you name one other historical female ruler who led her people to greatness and did so with such style? Hmm…maybe Queen Elizabeth? Wealth, power, a sexy boyfriend, and Cleopatra basically lived at the beach! Here’s the truth: she was a savvy political tactician who held her own in world dominated by men. She was skilled in the art of warfare and led her fleet into battle…twice! She was highly educated and spoke 9 languages. Smart is sexy and Cleopatra rocks it.

Antony is THE MAN.

There are two things on this guy’s mind: his woman and war. Yeah, he cheats on two of his wives to be with Cleopatra (can you blame him?), but he exudes such confidence and power you can’t help but melt just a little when he’s around. Soldier and statesman, he’s one of the few characters that Shakespeare revisited in his plays (Remember his famous speech from Julius Caesar: “Friends, Romans, countrymen, lend me your ears”) so you know there had to be something interesting about the guy.

Snakes in a mother***king play!

Daggers, poison, swords, a bear! Of all the ways to bite the big one in a Shakespeare play, Cleopatra does herself in with a snake. Now that’s style.

They put the adult in adultery.

This is a mature romance. Both Antony and Cleopatra were at the height of their power when they found each other. They lived fast and hard right up to the very end and had a great time doing it together.

Ships, tombs, palaces, battles. Antony and Cleopatra has 42 scenes. We dart all over the map in this play. Did you know it took a minimum of 10 days to get from Egypt to Rome by boat…and that’s with a crew of 100 oarsmen! Shakespeare’s condensing of time and place makes it look easy.

Who doesn’t love a good prophesy? Um…foreshadowing anyone? It keeps the mystery going and those ranting cryptic soothsayers are some fun characters.

They bait and tease one another, make ribald jokes; not every situation in Antony and Cleopatra is dire and on the edge. Heck there’s even a character just named Clown. And keep your eye on Enobarbus. He’ll crack you up.

Shakespeare had already cut his teeth on Hamlet, King Lear and Macbeth. By the time he wrote Antony and Cleopatra he was at the top of his poetic game, so take a close listen.