8 Reasons Why A Doll’s House Rocks 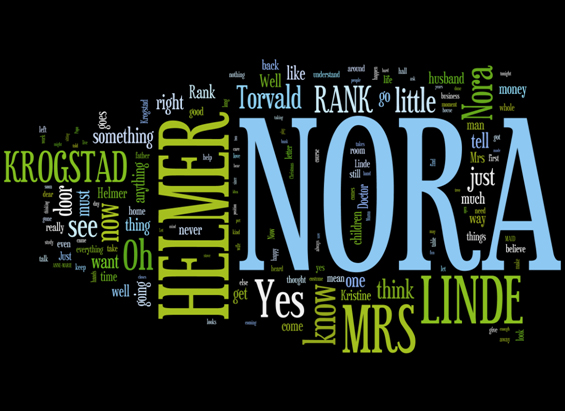 Consistently it is the most performed of Ibsen’s plays and it was the most famous play – in any language – of the nineteenth century. From its first production, A Doll’s House has sparked debate. It is so well constructed that every scene puts more and more pressure on Nora until she’s pushed to the breaking point. If you didn’t encounter the play in high school or college it’s likely that your kids will at some point.

The Man with the Muttonchops

Not only did Henrik Ibsen rock the best facial hair of any playwright ever, he brought theatre into a new era by exposing the realities behind the facades of family life during his time period. He is consistently ranked as the most performed playwright in the world next to Shakespeare. In 2012 there were more than 125 productions of Ibsen’s plays produced around the world.

A Doll’s House was Ibsen’s first major success as a playwright, but the play so scandalized Victorian society that many theatres refused to stage it. They’d never seen a woman walk out on her family on stage! Succumbing to pressure, Ibsen wrote an alternate ending where Nora stayed, but he would occasionally have the last say by submitting last minute “corrections” to actors on opening night that replaced the new ending with the original.

So You Think YOU Can Dance?

In a climactic scene, Nora literally dances to save her life. The Tarantella was an Italian dance named after the tarantula spider whose poison was once believed to induce an uncontrollable urge to dance. Oddly, the cure prescribed was for the poison victim to dance to exhaustion.

This Show is a Family Affair…Literally

We’ve never had this many family connections on stage in one play. Russ Banham directs his wife Jennifer Sue Johnson in the role of Nora Helmer, and their daughter Mia Banham will play one of the Helmer’s daughters. Sound designer Jay Weinland’s daughter Tessa Weinland will play their other daughter. Newlywed husband and wife actors Peter Dylan O’Connor and Betsy Schwartz will play Nils Krogstad and Mrs. Linde. Michael Patten as Torvald and George Mount as Dr. Rank round out the cast. Interestingly, Michael and George played husband and wife Petrucchio and Kate in Seattle Shakespeare Company’s all-male The Taming of the Shrew.

Get Lost in the Translation

This is a brand new translation of A Doll’s House by local author Sean Patrick Taylor. During his process of translating the play, Sean got to nerd out on research and learned that it was not written in modern Norwegian as he had previous thought, but in a 100 year old dialect called Dano-Norwegian. Since Norway was a colony of Denmark the dialect was spoken by the urban elite in Norwegian cities. This is Taylor’s second adaptation for the company as he did the adaptation for our 2006 production of Cyrano de Bergerac.

Last season Seattle Shakespeare Company produced George Bernard Shaw’s Pygmalion. Shaw was a great admirer of Ibsen and even played the part of Krogstad in one of the first English language productions. Shaw echoed Ibsen’s themes of independence and freedom for women in Pygmalion. Even the last scene of Pygmalion between Eliza and Higgins mirrors the final debate that Nora and Torvald have in A Doll’s House before Nora walks out the door.

Really! Think about it. If you saw last season’s production of Coriolanus, you’ll remember that the main character was basically raised to be just one thing: a warrior. But when that role doesn’t fit any longer, he becomes lost and cast out of his community. Nora was raised to be just one thing: a pretty wife. But as she wakes up to the fact that she’s so much more than that role, she has to cast herself out of her home and into the world to find out who she really is.